In 2018 Istat (National Institute of Statistics) estimated that in Italy almost 2 million families, over 5 million individuals (more than 8% of the population), live in absolute poverty. Absolute poverty means the most severe condition of poverty, in which there is no access – or very difficult or intermittent – to the primary resources for human support, such as water, food, clothing and housing.

PRENDO CASA (FINDING HOME) is a project about inhabiting and the consequences of the economic crisis of 2008, developed inside a building on the outskirts of Turin, realized in collaboration with some families that occupied it since 2013. Through images, documents and texts it tells about the domestic spaces of its inhabitants and their stories. It speaks of ordinary houses and lives in times of economic uncertainty.
The work takes into consideration the question of the appropriation of spaces (both from a legal and an intimate point of view), the concept of home and its possible variations. It tells, through the stories of some different but representative characters, how the economic crisis and the transformations in the social and working systems of the first two decades of the century have affected the Italian society (and a large part of European one).

PRENDO CASA is also a book, or better, a dummy book.
If you want to have a look and read the stories you can download the pdf of the book and the booklet with texts. 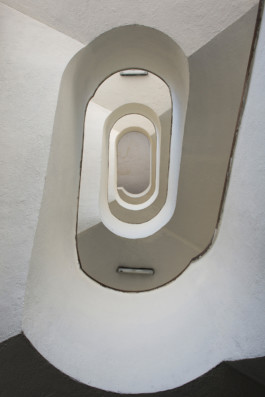